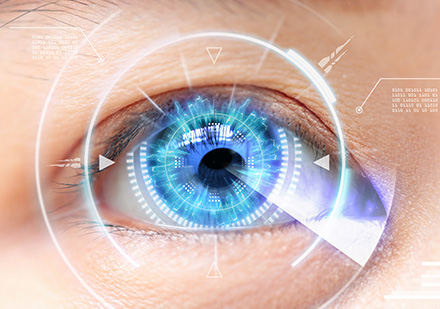 Over the years, laser eye surgery has become the most recommended solution by ophthalmologists when they need to correct problems related to reduced vision. The most common conditions are myopia and astigmatism.

The most recent report by the World Health Organization (WHO) says that there are approximately 285 million people with vision disabilities worldwide, of which 246 million have low vision. The WHO even specifies that uncorrected refractive errors are the most prevalent causes of visual impairment. In low- and middle-income countries, cataracts remain the leading cause of blindness. Now, thanks to technological advances, Colombia has new technology that can solve refractive defects and retina alterations.

In an interview, Dr. Alberto Chacon, director of Incornea, talked about the types of lasers and why one is safer than another."You have to understand that the laser is not magic. It does not work for everyone, and it has specific indications. Like all surgeries, there is a risk, but if the risks are well managed, [this procedure] is an excellent alternative. It is necessary to clarify that there are two lasers that correct refractive defects. The most current laser, called SMILE (small incision lenticule extraction), which uses a femtosecond laser, and the Excimer Laser, which we used previously. The Excimer does not make cuts, but rather ablations, while the SMILE makes an internal cut to keep the cornea compact," said Dr. Chacon.

Continuing with the issue of lasers and their importance in the practice of corneal surgeries, the specialist said, "Both methods can be combined and work well for surgeries. With this, I don't mean that the Excimer Laser is not good. It actually is [good] because it works very well, but the femtosecond laser makes operations safer. Patients do not know of this approach (SMILE) because it is very recent in Colombia, but it is a technology that they can benefit from. It is here to stay. It helps us a lot to complement procedures with the Excimer Laser in order to correct myopia, as well as with other procedures, such as keratoconus transplants and surgeries."

There are myths and realities surrounding the laser that are essential to know, according to the doctor. For example, the idea that cataracts cannot be corrected by laser, and therefore it is necessary for ophthalmologists to examine the patient very closely to ensure that they don't have cataracts. On the contrary, to treat cataracts, correct myopia and keratoconus, and perform transplants, the laser is recommended. In fact, with the laser, the chances of infection are very low, and at the same time, using it in the excess can damage the cornea.

With great satisfaction, Dr. Alberto Chacon announced that Colombia leads the list of Latin American countries by having this technology in Bogota. "It is the most advanced in the world. It started in Europe, specifically in Germany, and they already have spent between four and five years using it. This technology is also in countries like Chile and Ecuador. This technology is the first of its kind in Colombia. Thank God we have it at Incornea. It is surely going to be implemented in several Latin American countries."

The interview also allowed the specialist to promote his website, www.incornea.com.co, where patients with visual health problems who are interested in requesting his professional services can contact the medical center he runs in Bogota.